SS Heliopolis in the News, March 1907

The US has gone searching for workers in Europe, with the aim of colonizing the Hawaiian Islands; the Europeans would replace the Japanese, whose immigration to the US has been radically curtailed. To that end, they contracted 850 Andalusian families, totaling 3,823 people. On the 7th, the British steamer “Heliopolis” arrived to Málaga to transport them to Hawaii. 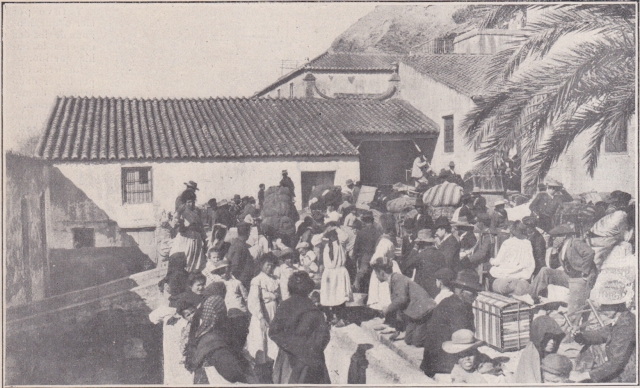 The emigrants in the patio of the house where they have been lodged while in Malaga.

The boarding process was completed on the 8th, but on that same afternoon, the citizens of Málaga were surprised to see that those who had boarded were returning to shore in small boats. They were furious, it was said, about the awful and deficient food that they had been given, and about the poor hygiene conditions in the ship’s hold. They demanded to be brought back to shore. 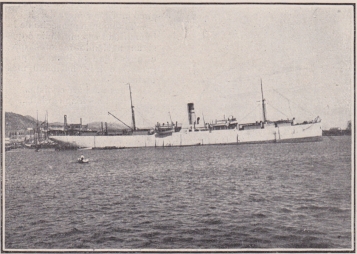 The Heliopolis, the British ship that is transporting the first expedition of emigrants to the Hawaiian Islands.

The governor of Málaga, fulfilling his duty, got involved, and convened the US Consul, the director of Maritime Health, the outfitter of the ship, and the Civil Guard lieutenant, who had been on board to observe the embarking process. He was also visited by a delegation of the disgruntled emigrants.

As a result of this meticulous review, it was decided that things had been enormously exaggerated. So much so that on the next day, March 9th, the governor telegraphed the Minister of Government to say: that the hygienic conditions aboard the “Heliopolis” were much better than those of the majority of ships that transport emigrants, as it even has bunks 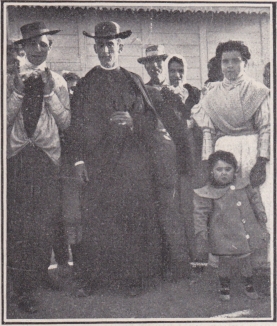 Father Ildefonso Romero, Catholic chaplain, who will go to Hawaii with the emigrants.

for small children; that the ship had good and abundant provisions, concentrated milk and baby bottles for the children; that what had happened the day before was caused only by a lack of organization in the food service and that this has been corrected; that abundant cold cuts had been distributed to the emigrants, and Spanish bakers and cooks had been added to the crew; and finally, that even though the law requires only 2.25 square meters per person in the cabins, the Heliopolis offers more than 3 square meters, and that the bunks and mattresses are completely new.

Nonetheless, the commotion led about 600 of the contracted emigrants to change their mind and stay ashore. The Heliopolis lifted anchors on the 10th, departing with the remaining 3,200 passengers.”

“They were furious, it was said, about the awful and deficient food that they had been given, and about the poor hygiene conditions in the ship’s hold.” 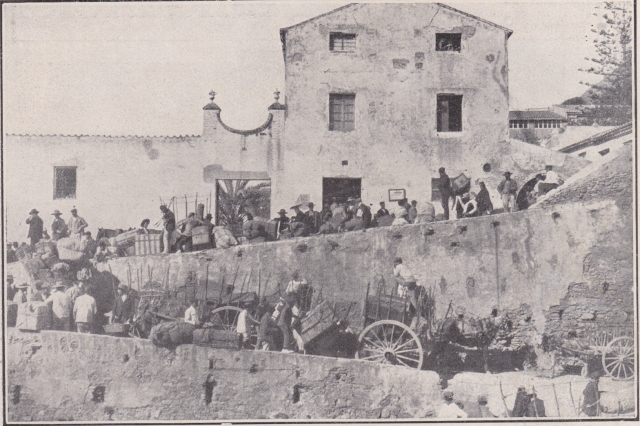 The emigrants prepare their luggage for boarding. 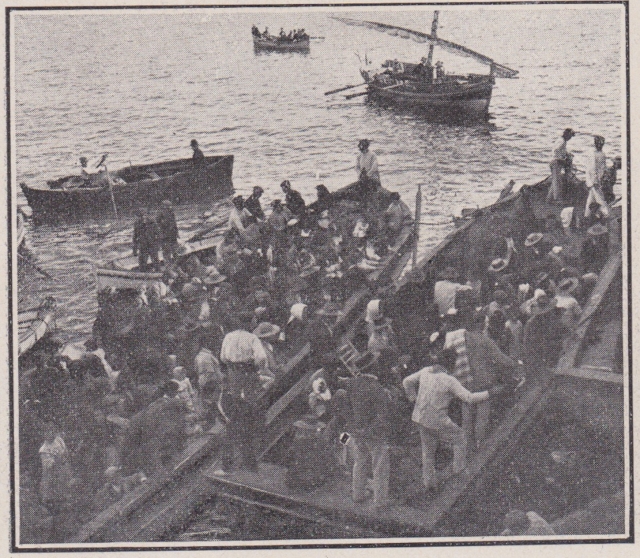 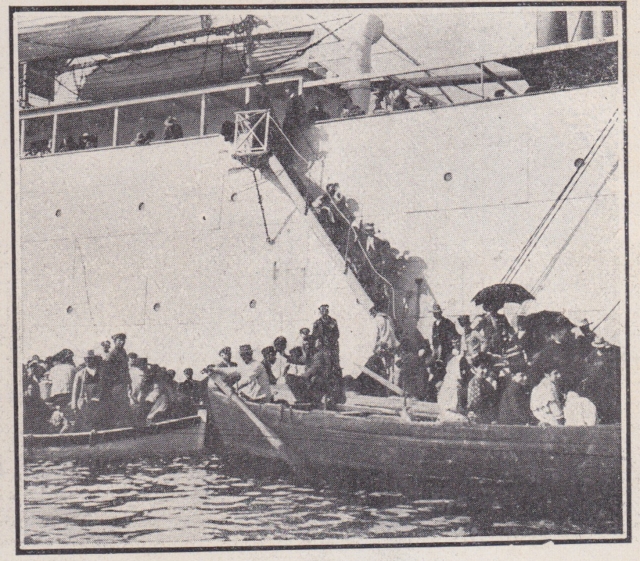 The emigrants who changed their mind about making the journey disembark from the Heliopolis. 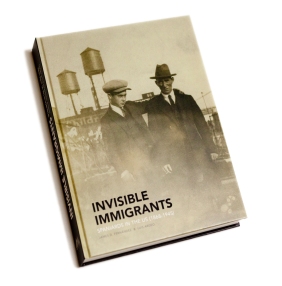